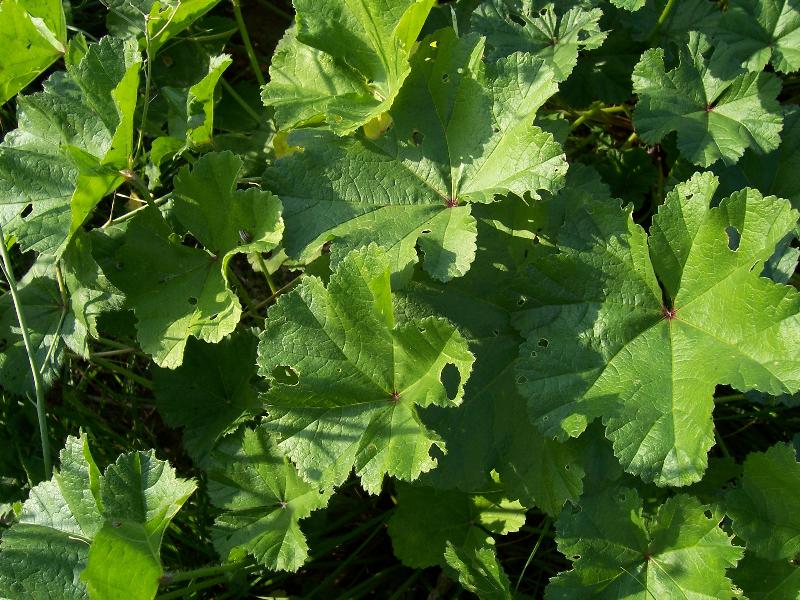 January 20 is National Cheese Day.  We decided to celebrate with a series of posts on a plant you can forage right now in most of the Southwest – cheeseweed.

Cheeseweed is a common name applied to a number of species in the genus Malva, but especially to Malva parviflora. They are related to hibiscus, and in the Malvaceae (Mallow family). 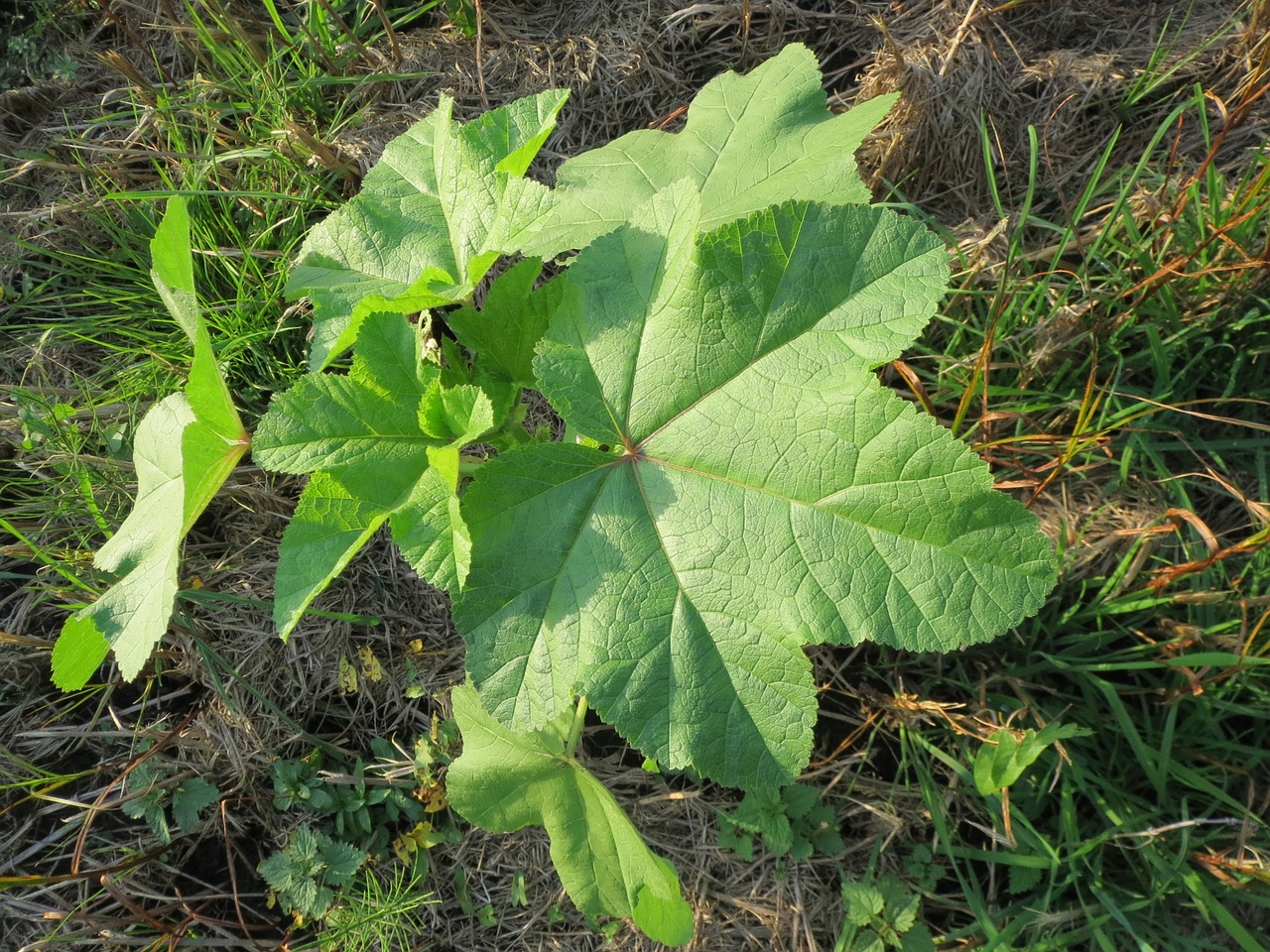 The standard cheeseweed commonly eaten and used medicinally is Malva parviflora. It, and a number of it’s cousins, were brought to the New World from the Old World (Europe, Africa, Asia). Older books say it was a weed that hitchhiked over in animal forage but I doubt that. Chances are very good that it was purposefully introduced because of it’s edibility and its perceived usefulness as a medicinal herb.

The cousin dwarf cheeseweed (Malva neglecta) can also be found growing wild in our region right now and is also very useful as a food plant. Indeed – all species of Malva are considered edible. Palatability is a different question.

More about how to recognize and harvest cheeseweed in Forage Cheeseweed – here.

One tasty way to prepare cheeseweed in Sauteed Cheeseweed – here.

This is not a new thing! Europeans going back to Socrates ate cheeseweed in many forms. Romans ate the seed and boiled the leaves like cabbage. Even roots were cooked and eaten. It is recorded in ancient writings too. This plant is one of the earliest cited in recorded literature. The third century BC physician Diphilus of Siphnus wrote that “[mallow] juice lubricates the windpipe, nourishes, and is easily digested.” Roman Horace mentions it in reference to his own diet, he writes, “As for me, olives, endives, and mallows provide sustenance.”

Think of it as a sort of spinach in your larder. Leaves can be consumed raw or cooked as a potherb, depending on species. It has a mild pleasant flavor and makes a very acceptable alternative to lettuce in salads. People of many countries eat young tender shoots and leaves as a potherb, salad green, or soup vegetable.

Leaves and stems can be dried and later steeped to make a pleasant herbal tea that is said to be anti-bacteria and anti-viral. If you want to grow something else as an herbal tea, visit Gardening With Soule’s recent post on Herbal Tea – here. January is National Hot Tea Month 😉

Raw fruits are crisp and slightly sweet and are good for salads, pickling, or soups. 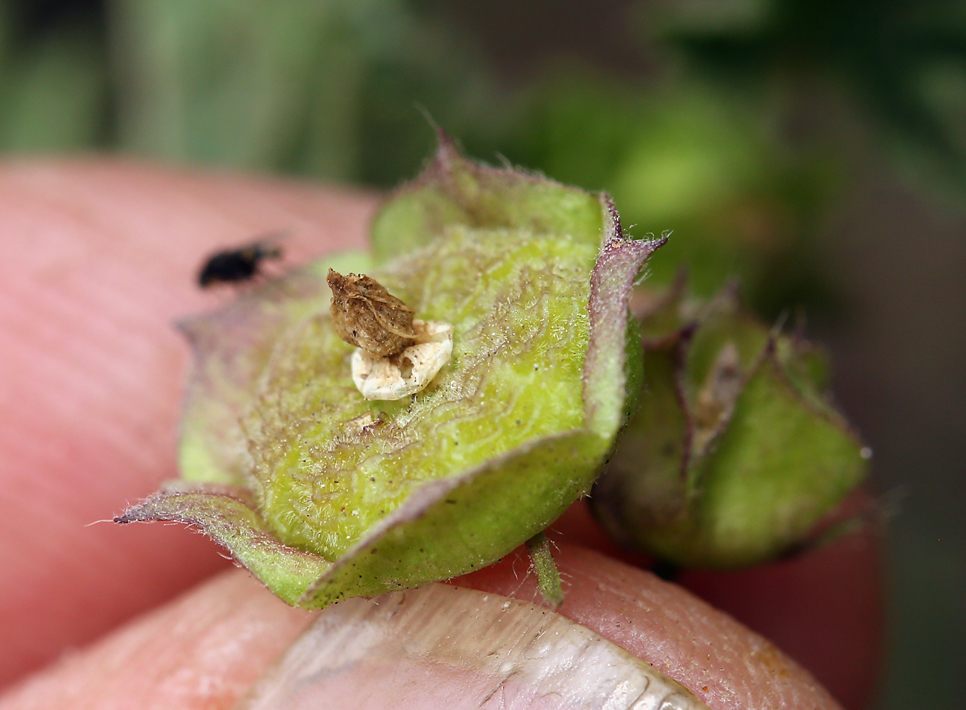 Immature seeds can be consumed raw or cooked. We often ate the pods whole – sort of like edible pod peas – back when we were kids roaming the Sonoran desert areas around our home. Mind you we only ate things after our Yeome (Yaqui) or O’odham friends showed us which ones to eat. And after they ate some themselves – because there are always pranksters.

Seed themselves s have a pleasant nutty flavor, though they are too small for most people to want to collect in quantity. Seeds are also used to make a creamed vegetable soup that resembles pea soup, with a few leaves are also added for coloring. Other Uses of Cheeseweed

I have used the foliage of Malva neglecta and Malva parviflora to create both cotton and wool dyes. Depending on the mordant the color was cream, to yellow, to rich green. 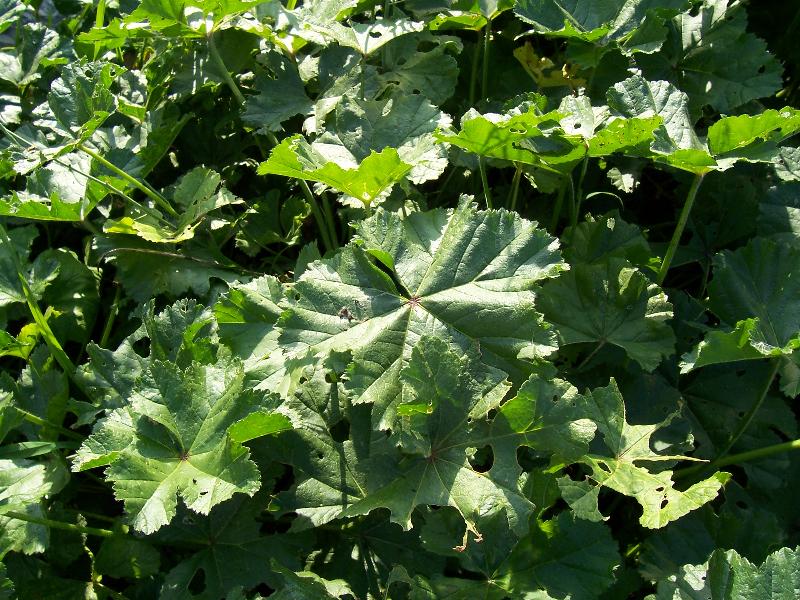 Malva parviflora has traditionally been used medicinally for these perceived benefits: antidepressant properties, to relieve pain, to improve respiratory function – especially to treat cough, asthma, and bronchitis. It is used in some skin care products to treat bacterial and viral infections of the skin. These same anti-bacterial properties lead to its use in oral hygiene. Consumption of Malva and other fibrous greens have been shown to boost digestion and relieve constipation. 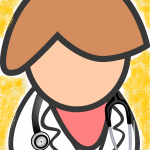 Cheeseweed greens are and seeds are rich in protein, iron, minerals, B vitamins, vitamin A and vitamin C. Leaves also contain antioxidants like polyphenols and flavonoids that fight free radicals in the body. Thus cheeseweed is said to boost the immune system because of the antioxidants, especially vitamin C.

It is used as a herbal remedy for asthma, coughs, and sore throats. It has been used to treat wounds or inflammation of the mucous membrane in the mouth, throat, stomach, and intestines. Cheeseweed is said to help treat infections, skin ulcers, and burns. The anti-inflammatory compounds it contains are effective in treating a variety of skin problems.

Copyright
© Article copyright Savor the Southwest // Jacqueline A. Soule. All rights reserved. You must ask permission to republish an entire blog post or article. Okay to use a short excerpt but you must give proper credit. You must include a link back to the original post on our site. No stealing photos.

Disclaimer
The authors of this blog have researched the edibility of the materials we discuss, however, humans vary in their ability to tolerate different foods, drinks, and herbs. Individuals consuming flowers, plants, animals or derivatives mentioned in this blog do so entirely at their own risk. The authors on this site cannot be held responsible for any adverse reaction. In case of doubt please consult your medical practitioner.