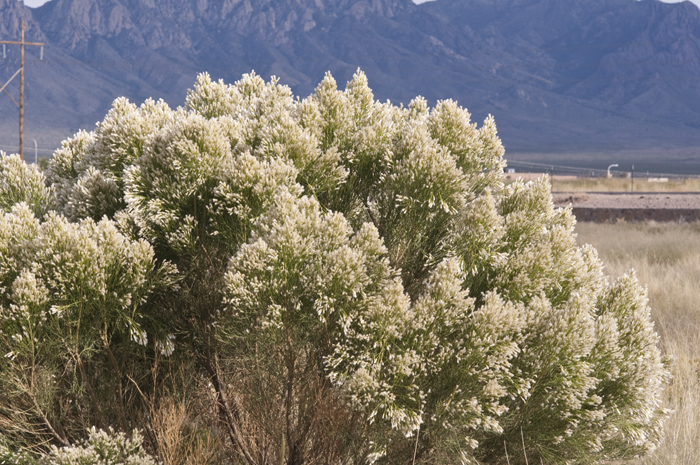 Desert broom is a Southwestern plant with many uses. Yes, you can use it to make brooms, but also as a lovely dye plant, a pollinator plant, a bank stabilizer, and it has been traditionally used as a medicinal plant.

Desert broom (Baccharis species, generally Baccharis sarothroides) is a vigorous plant – often the first plant to grow on a cleared stretch of desert (or over the septic tank). Ecologically speaking, it is a seral plant, meaning it is one of the first to colonize open ground – just like it’s cousin, the dandelion. Yes, they are both in the sunflower family!

It can be useful to have such a tough plant in your landscape, as it helps hold the soil against erosion, and its roots enrich the soil for other plants, including useful wildflowers like chia. Chia is a wildflower to plant the seeds of in autumn in the Southwest, along with globe mallow, gold poppies, scarlet flax, and many others.

Desert Broom is Not an Allergen

The plants come in separate male and female plants and bloom in fall and occasionally in spring. The females release their tiny fluffy seeds later in the year – about the same time desert ragweed and many other allergenic plants bloom and spread their pollen to the winds. Poor desert broom – it’s tiny fluffy seeds get wrongly called an allergen.

Desert broom has a long history of use as a medicinal plant. A decoction* made by cooking the twigs of desert broom is used to treat colds, sinus headache, and in general “sore aching” ailments. The Seri use this when other medicinal plants are not available, which tells us something. This same decoction is also used as a rub for sore muscles. Some of the Jesuits who followed Father Kino wrote of this use and possibly Father Kino used some of this rub after one of his epic rides.  Learn more about Padre Kino – here. 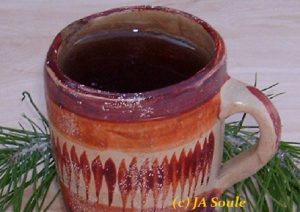 * A decoction is different from an infusion. Infusion is made by adding boiling water to the herb and allowing it to soak or steep. This is how we use tea bags. A decoction boils the plant material and can release other compounds not released by infusing. Do not make a decoction when a infusion is called for.

The Science of Desert Broom as a Medicinal

Finally, desert broom contains apigenin, a chemical which binds to the same brain receptor sites that Valium does. Caution – many members of the Sunflower family also contain compounds that cause negative side effects in some people.

Desert broom is so plentiful, and many of it’s seep willow cousins are used as dye, so I had to do the experiment. The result – yes! It does dye wool. Various mordants result in differing shades as seen below. Other members of the Baccharis genus have excellent colorfastness. 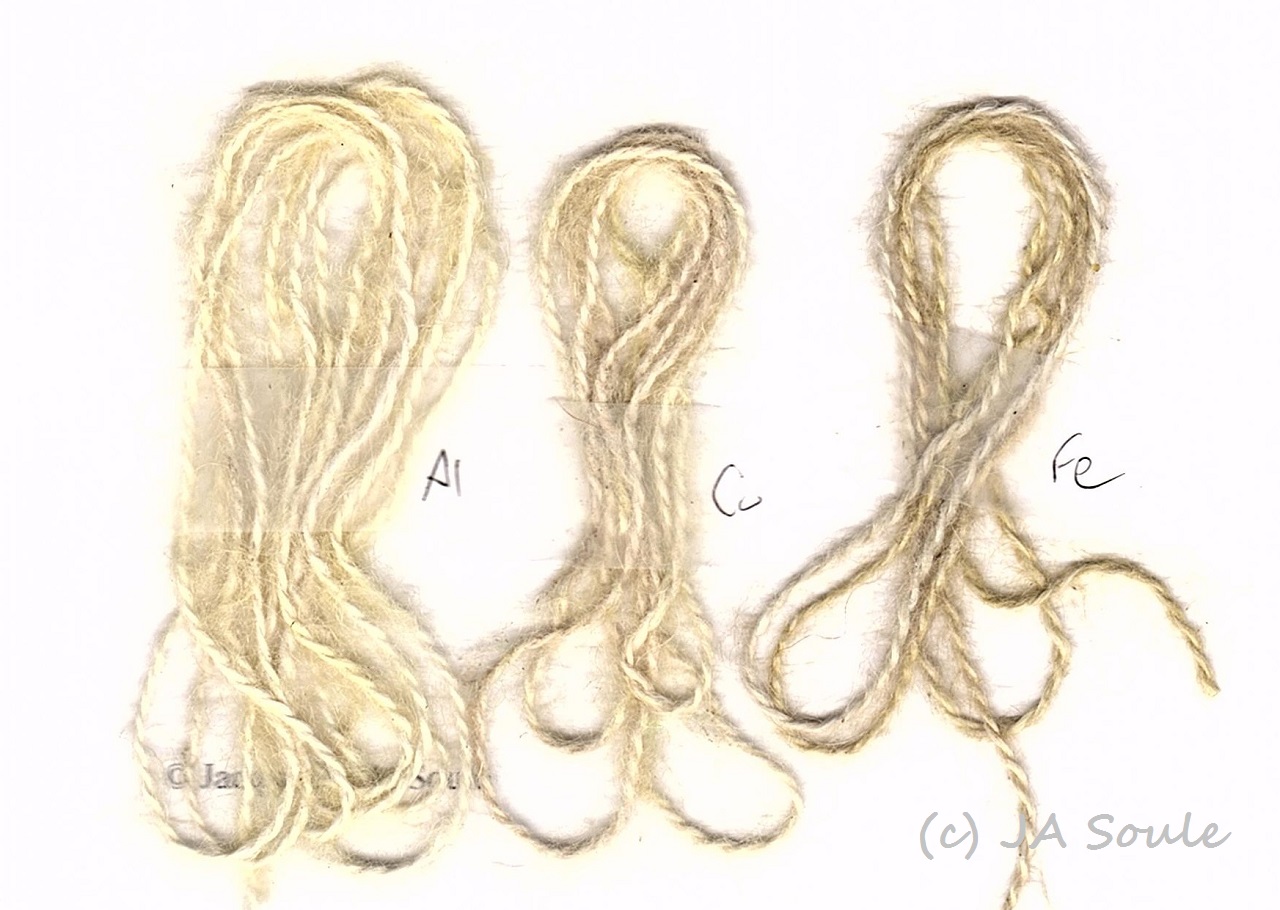 Yes, you can use the plant to create a broom. Don’t want microplastics all over your house? This is a fine alternative to modern brooms. We shall have to write up a broom making post. It is easy indeed, not to mention a useful survival skill to have.

The stems and twigs and tiny leaves of desert broom are rich in oils and can be used as a roofing thatch that is naturally water shedding.

he plant has a nice overall color and shape.  Branches add a bright green to cut flower arrangements – the color lasting a very long time. The plant also drys rather well into a olive green for dried arrangements.